What’s all this stuff about being “Woke”? What does it mean? 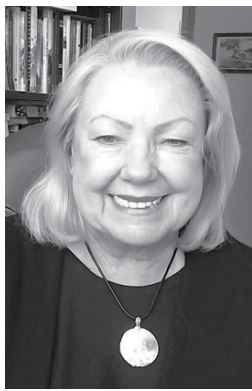 When Justin Trudeau took office in 2015, he proclaimed himself as being “woke”. We assumed he was simply announcing that he was a man of his times, progressive, and open to new ideas. Good, we all thought. We need a change. Even as a died-in-the-wool Tory, I was never that comfortable with the heavy-handed, frowning personality of Stephen Harper, alhough I admired his management and fiscal policies. So, taking a step back from that seemed part of a natural and desirable rebalancing.

Nothing alerted us to the real fact, that being woke has far deeper meaning. So, what is it? How is it affecting our world and our country? How far into this way of thinking is our Prime Minister and his government? And where could it take us in the future?

The Oxford dictionary added a further explanation of what “woke” meant in 2017: “originally: well-informed, up to date. Now chiefly: alert to racial or social discrimination and injustice”.

The term originated in the black communities of New York in the 1960’s. According to the U.K. publication, I News, the African American novelist William Melvin Kelley created its earliest known new definition in an article titled, “If you’re woke, you dig it”. The article continues, “Ten years later in 1972, a character in the Barry Beckham play Garvey Lives! says . . .“I been sleeping all my life. And now that Mr. Garvey done woke me up, I’m gon’ stay woke!”.” The term picked up picked up steam during the Black Lives Matter movement.

Today, the word has again taken on broader meaning to describe everything from gender identification to environmentalism to the Me, Too crowd and much more.

Perhaps more important than what it covers is its general characterization: Surprisingly, wokeism focuses on individualism, but not in the way staunch conservatives see individualism where being strong as an individual means you are better placed to support the community. This individualism is all about Me, My comfort, My rights, My health, My safety, My pleasure, My self-empowerment.

Under the woke mandate, there is no stigma attached to anything an individual can or will do or contemplate. You certainly cannot demand that they remove exaggerated false breasts complete with protruding nipples from the dress of a schoolteacher in a shops class in Ontario. You are not allowed to judge others, even though that judgement is the very cement of community wholeness and wellness.

More concerning is the woke’s refusal to be challenged. It does not accept rationality and it refuses to hear any opposition to what it believes no matter how far-fetched or irrational. Nor does it want to hear about its internal contradictions. The woke refuse to debate, reminding me of fundamentalism that cannot bear to have its premises questioned because fundamentalists physically require absolute certainty for their personal survival. So too, it seems with the woke.

Like any religion, they proselytize, most meaningfully among school children, where they have converted many teachers, even going to the extent of teaching small children about medically assisted suicide. Oh yes, they support MAID, too. And of course, every modern, school-going child understands that what’s between your legs doesn’t signify your gender -- yes, they teach that, too, poor confused mites. But teacher knows better than Mommy and Daddy . . .

Interestingly, perhaps in response to their own insecurity about the underlying truths of their philosophy, they have declared that the word has been “weaponized” by the “right”. I guess just like the “right” has “weaponized” Nazi-ism and communism.

However, being woke has nothing to do with left or right, liberalism, conservatism or socialism (although they use apparent liberal and socialist ideals to stick their feet into the halls of power and it has taken them a long way). The woke movement desires to disempower those in charge and transfer power to those who feel marginalized. They take on “liberal” ideals to undermine social order butgo one step further, “cancelling” and enigrating values, people and groups of people that do not measure up to the artificial standards (that have wavering boundaries) they have imposed. The woke have nothing but contempt for moral values or any authority but their own, which is supreme. Remember, they are not bout the community or the good of society, they are about individualism.

They prey on those who feel disenfranchised, envious, and resentful by promoting hatred and resentment toward those who appear successful in any way, be it financially or simply as popular leaders. They are stripping away the history of the past high achievers, the contributors to the comfort and ease of their lives in modern society. Sadly, this does nothing to really empower those on the edges of society. It simply and firmly keeps them in their “underprivileged” status because elevation of the marginalized removes the whole raison d’etre of the woke. They need to keep you down so that have something to rest their elbows on.

Does Justin Trudeau understand this? I doubt it. Like many children of privilege, he has never had to do much thinking for himself and is prone to accepting what he is handed along with a good dose of self-congratulation for doing, what I believe he believes, is the right thing. Will he listen to rational arguments against anything offered as opposition? Well, you already know the answer to this.

If the world seems a bit upside down to you right now, you are not crazy, you are right.

The question is, how do we keep this current madness from destroying us and all the good thing we “colonizers” have done for the planet up till now?