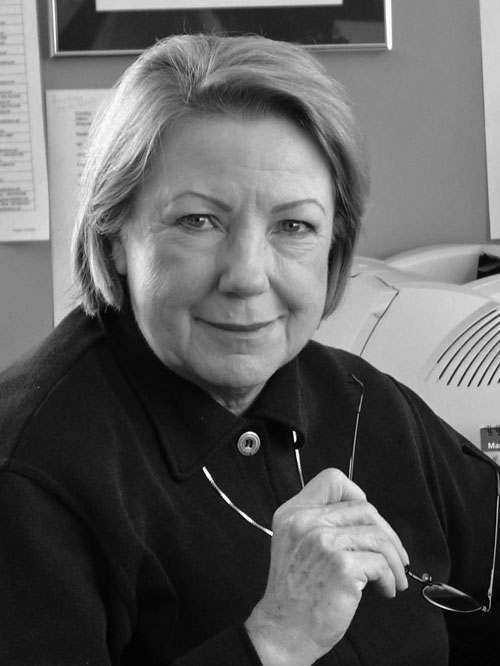 By the end of February, we will be enjoying almost 11 hours of light. For a gardener, this is big news ...

As I write this on the eve of the New Year, I am filled with hope. The COVID crisis is pretty much behind us as we learn to live with the virus, and all that remains now is the aftermath that will continue for a while to affect our slow but sure return to normal. Restaurants are gradually reopening. People have just reunited with loved ones after several years of delay. Waiting rooms are not now so desperately overcrowded as flu season subsides. Despite the Christmas debacle, the airlines will continue to get back on track.

And best of all, spring is on its way. The days are already getting longer. By the time January ends daylight will be extended by a whole hour and a half and by the end of February, we will be enjoying almost 11 hours of light. For a gardener, this is big news, but it is big news also for those who are light sensitive and who rely on sunshine to make them happy.

Things we know or think we know

So, here are some things we know coming up in 2023. There will be a coronation for the new King, something that gets tongues wagging and minds off everyday issues. The International Peace Garden will open its new conservatory and be able to welcome Manitobans once again without the dread of dealing with the AriveCan app.

It is election year in Manitoba on October 3, and you will be asked to weigh the choice between a government focused on growth and prosperity and one focused on the transfer of existing resources. You know where I stand. If we can’t grow, we will not be able to sustain all those services people in this province have come to take for granted.

There could also be a federal election although everyone is busy denying its possibility. Still, Liberal ridings have been told to get their nominations completed. According to a recent Ipsos poll, 49% of Canadians want an election in 2023 and 53% think Justin Trudeau should step down, although few believe he will do so. Pierre Poilievre currently has the lead as the preferred leader at 35% to Trudeau’s 31%. But he has not galvanized the population at large the way he did with the Party members. In my personal view, he needs to lighten up a little and remember how to laugh at himself. And he needs to recognize that Trudeau is a very good campaigner.

Things we need to fix

On the economic front all bets are on a slowdown in the economy, but Manitoba’s diversity has always buffered this. With the current demand for critical minerals of which we have an abundance, we are well positioned to weather the storm and come out ahead. However, for this to happen a few serious changes must be made.

In my view, Manitoba Hydro must dispense with its absentee president. When Edward Kennedy was named chair, I was hopeful that this critical decision would not be far behind, but so far, Jay Grewal remains in place and Hydro continues to bumble along. The corporation needs tough, strong leadership and full-time attention. The new CEO has to be ready to respond to marketplace requirements and work with investors who need power in the north to move forward.

We also need a compliant Treasury Board that does not take forever to make things happen. Their sloth will not serve with so many critical and urgent issues to address this year.

Most of all, people need to get back to the office. It simply is not productive to work in isolation. While this serves a few withdrawn types, the vast majority are stimulated by person-to-person contact. Governments are especially at fault here. with some public servants claiming they will never be back at the office full time. I have been speaking to public service managers in Ottawa. They feel the pressures of a non-available workforce, but they are not getting the political support they need to order people back to the office. Hence, continued long waits for passports and a payroll service that still does not work after seven years.

Here in Manitoba, we need some big news to bolster spirits and get people working again. For my part, I would like to see a tripartite agreement between the three prairie provinces to support NeeStaNan. This is new railroad that will skirt the boggy land of the Arctic Gateway line and terminate at a year-round port at Port Nelson.

I would like to see the finalization of the plan to build a lithium processing plant in CentrePort and I hope to see new mining announcements as the government reopens the North.

I also hope to see progress on the plan to create a duty-free port at Emerson to modernize our main border crossing and expedite trade north and south.

I would like to see housing for the homeless dealt with quickly and effectively. No more platitudes. Get it done. As for clean injection sites, I don’t think they will solve anything but if that is what it takes in the short term to mitigate some of the problem, then do it. And build some long term and properly run ublic washrooms downtown.

In the city, there is growing interest by citizen groups to facilitate a clean and green downtown. The Green Corridor initiative for East Graham led by the Anglican Church and its pastor Andrew Rampton and former pastor Cathy Campbell, is one. Kudos to Councillor Sherri Rollins for her support. The U of W is also looking for solutions on the west side of downtown. And we are all eager to see the plans for both the old Hudson Bay store and the former Bank of Montreal now both owned by Indigenous communities. Kudos also to Councilor Janice Lukes for getting the Parks Department to list the numerous parks and gardens of the city. Now we must make sure we have photos and maps to market them.

Work is underway by Treaty No. 1 to develop the former Kapyong Barracks and I am heartened to hear that the idea of a private health facility including a training hospital and wellness centre is still on the drawing board. This could be a game changer for both the local Indigenous community and the rest of us who are looking for alternatives to the turgid bureaucratic system. I am committed to helping them discover a way to make it happen.

Mostly, I wish for a positive attitude among Manitobans. We can make anything happen if we work at it! It is up to us as citizens. It is not up to government. It is time to accept our responsibilities as an engaged community that knows its obligations as well as its privileges.