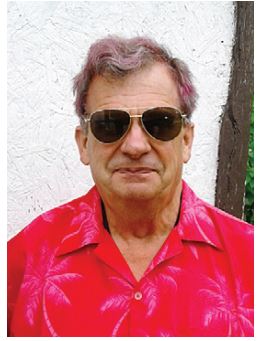 "Some things are worth fighting for and WINNING!"

I flew back to Abbotsford, BC, a couple of Christmases ago and while there watched my 9-year-old grandson play hockey. I had not seen him play before and I was quite surprised at the skill level exhibited. Asher did play in a league but the game I was watching was supposed to be a noncompetitive game. There was no time clock and nobody was keeping score. The game was just for fun, but by the way they played, apparently no one had mentioned that to the boys. After the game Asher came up to me and I said, “Boy, Asher, you sure played hard out there.” He nodded and gestured to me, indicating that I should lean down to his level. I bent down and he glanced around, almost furtively and whispered. “They weren’t keeping score, but Grandpa, we won!”

Too many times, to not hurt young kid’s feelings, we remove the competitive element from things kids participate in, every day. Schools no longer award grades; some schools have eliminated programs that focused on further advancing gifted students. There are no first, second, or third place awards. Everyone who attends a sports day gets a participation ribbon. The thought behind this is that kids who are not as talented will be hurt, will feel left out, will feel that they are not as worthy. Perhaps their feelings will be soothed, but at what cost?

During my first group meeting at the Addiction Foundation of Manitoba, my counselor asked me what I wanted to take away from my time at AFM. What was my goal? I said that I did not want a participation ribbon. I was not going to settle for anything less than the blue ribbon. I was going to win, I had to win, because for me not winning wouldn’t just mean a loss. I had skated too close to the edge, too many times. For a long time, I had played with my life as if I was in the exhibition series, as if I still had the whole regular season to secure my place in the standing. But suddenly I found myself on the ice, in what was, as Stompin’ Tom sang, “The Third Period. Last game of the playoffs, too!” Except it wasn’t the third period. The game was actually in overtime, sudden death overtime. It was me versus alcohol, and alcohol had a formidable team, a team whose players were sore losers and playing dirty was not beneath them. I had played on their side for so many years that they knew my strengths – not many -- and my many weaknesses. Now, suddenly, I was up against the same team I had cheered for. What chance did I have when I was hands down the underdog?

I had run out of chances. The past opportunities that I had thrown away were just that. Past opportunities. The doctor who looked after me while I was in the Critical Care Unit at VGH told me that if I didn’t stop drinking, I would probably not survive another week. Suddenly, the desire to win became the need to win. But what would I need to do, to win, and how would a victory be determined?

I knew it would involve a lot more than just being sober. Just being sober just meant that I wasn’t drinking, and I would just be a dry drunk. I had to change my approach to life. I would have to recover. Recovery, I was told, was a process of change through which I would work to improve my health and wellness, live a self-directed life, and strive to reach my full potential. I could be sober without recovering, but I couldn’t recover without being sober.

I read once, that a military victory was a condition where the enemy's ability to enter battle, resist or resume hostilities is destroyed. My enemy’s name was alcohol, and I was going to score a victory over it. Nothing else was acceptable. Failure, as it has been said, was not an option.

When my game of life is over, I want Asher to be able to say, “Boy, Grandpa, you sure played hard out there!” And I would like him hear me say, “They were keeping score, and Asher, I won!”

I can be reached at [email protected]