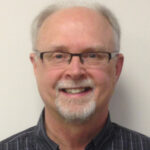 Dance halls were among the earliest forms of organized entertainment in Winnipeg. From 1900 until the 1950s, dance halls, and with them dance bands, flourished in several neighbourhoods throughout the city (and in every community throughout the province). Bands like Art Furney and his Sophomores, Bob Berger’s Orchestra directed by Jim Carson, The Legionaires, The Charlie Swinford Band, The Hussey Family Band, the Maurie Libman Band featuring drummer Ferdy Peterson, father of Guess Who drummer Garry Peterson, and The Gate City Orchestra (formerly The Original Winnipeg Jazz Babies) under the direction of Ab Templin, played venues like the Canoe Club, the Palladium Dance Hall in the Manitoba Hall on Portage Avenue kitty corner from Eaton’s Department Store, the Winnipeg Auditorium, Hotel Fort Garry, the Norman Hall on Sherbrook just south of Portage, and the Prosvita Hall at Pritchard and Arlington.

Other venues included the Alhambra Dance Gardens at 225 Fort Street, the Ukrainian Labour Temple at Pritchard and McGregor, the Venetian Gardens Dance Hall or the Nankin Gardens Dance Hall in the Clarendon Hotel at Donald Street and Portage Avenue. In the 1920s, the Winnipeg Amphitheatre (renamed Shea’s Amphitheatre for the nearby Shea’s Brewery) at Whitehall Avenue (later renamed Osborne Place) and Colony Street had a capacity of 5000 and was jumping every weekend.

The Royal Alexandra Hotel at Higgins Avenue and Main Street boasted the finest dance floor in the city. The Railway Porters Union Band of Winnipeg, an all-Black band formed in 1921 by CPR porter George Blair, performed at The Dominion Theatre as well as local dance halls as later did The Knights of Harlem all-Black band featuring Olie Wagner. The Nabob Girls Orchestra featuring Sally Lee (aka Sarah Levine, sister to bandleader Monty Levine) on tenor saxophone, was Winnipeg’s first all-female dance band. Bud McIntosh’s Band played for dances at the Air Force Base on Whytewold Road in St. James. Herb Brittain’s Band held court at the Oak Room in the basement of the Marlborough Hotel. Earl Hill and his Capitolians were the house band at the Capital Theatre on Donald Street. As Owen Clark recalled, “Drummer Al Doe told me that after their show the band would move across Donald Street to play for a tea dance on the roof garden of the Clarendon Hotel. The ladies wore long dresses, fancy hats and white gloves and the men suits with spats, top hats and ties. Very elegant!” (Musical Ghosts, page 102).

The Roseland Dance Gardens, located on the second floor of the Bradburn Building, 269 Kennedy Street south at Portage Avenue, opened in the 1920s and promoted itself with the slogan “Where Refinement Reigns Supreme.” It featured what they boasted was the largest dance floor in Western Canada, some 10,000 square feet. The Art Strauss Orchestra played The Roseland in the early 1930s followed later in the decade by Claude Logan’s Band. Today the space is occupied by the Scientific Marvel School of Hairstyling and Esthetics.

Opened in 1905 by the Norman family, the Norman Hall at 275 Sherbrook enjoyed a long history as one of the city’s most popular dance halls. In 1939 it was renamed the Normandy Dance Hall or simply the Normandy. Like so many former dance halls, it’s long gone now.

The Cave Supper Club at the north east corner of Donald Street and Ellice Avenue downtown (now a Giant Tiger department store) opened in 1936 with house band Earle Hill & The Cave Men. With its giant grotto-like shell complete with mushroom music stands, The Cave regularly featured Marsh Phimister & His Orchestra. It closed in the late 1940s. At 1900 Pembina Highway which, back then was pretty much out of the city, was The Highwayman Night Club where Bud McIntosh’s Band were the featured entertainment nightly. According to Owen Clark, the Highwayman billed itself as “The Newest, Largest, Gayest and most Luxurious Nightclub in Western Canada.” (Musical Ghosts, page 17). Paul Grosney and his band featuring singer Aubrey Tadman often performed at the club.